A Glimpse Into Our Special Blend...

As the makers of some of the world's finest beer-based shampoos and conditioners, we are of course quite proud of our formula for making fantastic hair-care products. It starts with a premium Extra Stout Bitter from an excellent west-coast microbrewery, but exactly who is our little secret. 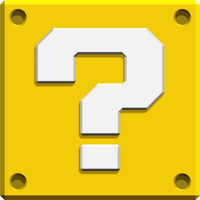 (After all, when you discover a delicious microbrew, you can't tell just anyone.)

Now, we could have stopped there, but then Duffy's Brew wouldn't be the best beer-based hair product on the market. SO, we also add in our own mix of fully-organic natural extracts, too. That is what makes Duffy's Brew truly special.

There aren't many shampoos where describing the scent can read like wine tasting notes, but that's one of the secrets of Duffy's Brew. Our natural additives give it that distinctive scent no other shampoo offers, while also making Duffy's Brew even better for your hair!

Fennel seed -especially the oil, which is what we use- is also a powerful antioxidant, helping protect your hair from the elements. It's also an anti-inflammitant and anti-irritant, helping sooth dry scalps.

Aloe is, of course, one of the best-known medicinal plants in the world, and it's been used for healing and moisturizing the skin for at least two thousand years. The mild earthy scent of aloe doesn't add much to the alluring aroma of Duffy's Brew, but it does help ensure that our Brew can do great things for your head and scalp.

This is one of the reasons we don't even need to make a special "anti-dandruff" version of Duffy's Brew. It's already packed full of natural options for keeping everyone's scalp happy.

OK, so anyone claiming that Acai Berry is a good weight-loss supplement is pretty much lying through their teeth... it's still a powerful antioxidant, and another part of Duffy's special formula for keeping your hair safe from the elements. It actually has some of the highest antioxidant levels of any berry.

Also, it tastes amazing, if you've ever had it: something like a blackberry dipped in chocolate. The Acai is a large part of how Duffy's Brew has such a complex and head-turning scent.

Goji berries (sometimes also called Wolfberries) have been grown and used in China for thousands of years, for both flavor and medicinal purposes. They contain the highest concentration of protein of any berry in the world, and include all the essential amino acids, plus they're high in fiber. Their oil has even shown anti-bacterial properties. This all makes Goji a perfect addition to the Duffy's Brew blend of hair protection.

Goji berries are on the bitter side, between a cherry and a cranberry, which adds a deep, rich, fruity musk to Duffy's Brew.

The noble sunflower seed is incredibly rich in Vitamin E, and it just so happens that's the same stuff your hair is mostly made of. The addition of sunflower oil to Duffy's Brew doesn't change the scent much -besides making it a tad richer- but it adds yet another layer of protection for your hair.

In short: Take perfectly-crafted microbrew and add perfectly-chosen natural additives to make shampoo, and you get perfectly-coifed hair that turns heads.